Channel 4 announced its new strategy in March 2018, the biggest change to the structure of the organisation in its 35-year history. At the heart of it is a significant increase in the organisation’s Nations and Regions content spend – from 35% to 50% of main channel UK commissions by 2023, worth up to £250m more in total.

The new National HQ and Creative Hubs will be home to 300 Channel 4 jobs when fully established, including key creative decision makers – responsible for commissioning Channel 4 content and programmes from producers right across the UK. The new bases are at the heart of a new plan ‘4 All the UK’ to ensure that Channel 4 better represents all the UK, on and off-screen – and they will help catalyse the increased Nations and Regions production spend.

“Bristol is a city that pushes boundaries, questions the norm and actively nurtures a strong culture of creative and digital innovation – we know Channel 4 will feel at home here. This move will help to build on our existing thriving media industry and wealth of local talent.”

The decision to select Leeds as the new National HQ and Bristol and Glasgow as new Creative Hubs follows an extensive pitch process. Over 30 pitches from cities and regions across the UK were received, which were shortlisted to 13 – with three cities taken forward for advanced negotiations for the National HQ (Birmingham, Leeds, Manchester), and three further cities for the Creative Hubs (Bristol, Cardiff, Glasgow).

Following a rigorous process, detailed discussions were undertaken with all six cities over the last three months, led by Channel 4’s Chief Commercial Officer Jonathan Allan, alongside Chief Executive Alex Mahon. The Channel 4 Executive team and Board believed that Bristol and Glasgow best delivered against the vision and objectives set out for the new Creative Hubs.

In Bristol, there is the opportunity to build on a thriving television production sector in the City, which has world-renowned factual producers and also has strengths in areas such as animation and digital production. Locating in Bristol will also enable Channel 4 to work closely in partnership with Cardiff and its production sector – with the opportunity to further accelerate the growth of the creative cluster around South West England and South Wales – and also connect with indies across the West of England, Birmingham and the Midlands.

Bristol put forward exciting proposals to establish new social mobility initiatives to work with diverse communities across the city and bring through new talent into the industry. 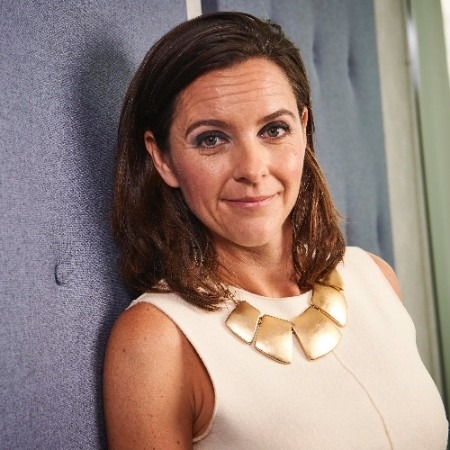 Alex Mahon, Channel 4 Chief Executive said, “Diversity and inclusion have always been at the heart of Channel 4’s mission and the launch of our 4 All the UK plan is the biggest and most exciting change in the organisation’s 36-year history – as we open up Channel 4 to people from across the UK and supercharge the impact we have in all parts of the country.

“Establishing a Creative Hub in Bristol gives Channel 4 the opportunity to build on thriving production communities in the city and to partner with Cardiff and harness the power of the wider creative industry across the South West and Wales. The city also put forward exciting social mobility proposals to develop talent across the wider region.

Marvin Rees, Mayor of Bristol, said, “Today’s announcement that Bristol will become home to one of Channel 4’s two new creative hubs is fantastic news. Bristol is a city that pushes boundaries, questions the norm and actively nurtures a strong culture of creative and digital innovation – we know Channel 4 will feel at home here. This move will help to build on our existing thriving media industry and wealth of local talent. We look forward to welcoming Channel 4 to the city.”

The establishment of a new National HQ in Leeds and two new Creative Hubs in Bristol and Glasgow in addition to Channel 4’s London HQ will ensure that Channel 4’s people and creative decision makers are well dispersed across the UK. This will help catalyse the significant increase in Nations and Regions content spend, help support growth in the production and creative sector right across the UK, and ensure greater representation of people from different backgrounds and parts of the UK on and off-screen.

Further detailed work will now continue to identify locations and property within the National HQ and Creative Hub locations. It is envisaged that staff will begin to move to the new locations in H2 2019.